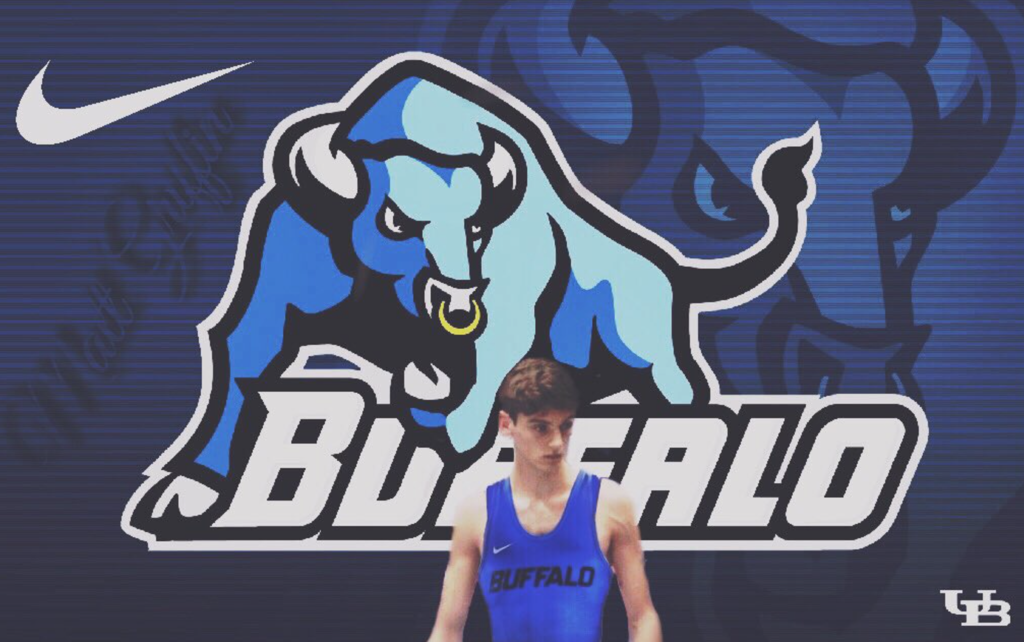 In his second trip to the state tournament back in 2016, Westhill/Jamesville-Dewitt’s Matt Griffin trailed late in his first wrestleback match against third-seeded Oscar Lainez of Middletown.

“I was down by two and there wasn't a lot of time left,” Griffin said. “We got into a  scramble and I cradled him and got the pin.  I was 30 seconds away from not placing at all. It was a crazy experience.”

Griffin followed that fall with another one, on the way to four straight victories and third place at 99 pounds at the state championships. In the bronze bout, he topped Trent Svingala, who had beaten Griffin earlier in the event.

“States my 10th grade year took me to the next level,” Griffin said. “I beat a lot of good kids I wasn’t expected to beat.”

That was the first time Griffin made the podium at the Times Union Center, but he made noise at the varsity level from the time he took the mat as an eighth grader at 99 pounds. Griffin was the Section 3 runner up that year to multi-time placer Kelan McKenna of New Hartford and followed with a freshman year in which he captured the Sectional crown and won a bout in Albany.

After his NYS bronze as a sophomore, he was joined in the lineup by another standout lightweight for the 2016-17 campaign - his brother Myles Griffin.

“Having my younger brother on the team was a whole new experience,” Matt Griffin said. “We’re best friends; we’re really close. I got much more nervous watching him than wrestling myself.”

“I was more or less the same weight as before, but it was my brother’s turn at 101,” he said. “106 was different, but I still ended up being the number one seed at states.”

He pinned his first two opponents at the NYS tournament, leading to a semis contest with Brockport’s Cody Anders. Anders came away with an 8-6 decision in overtime.

“That semifinals match was so tough for me considering I beat him a few times when we wrestled before,” Griffin said. “I was disappointed because I at least wanted to make the finals. Looking back, I’m glad it happened last year and not in my senior year. Now I’ve had experience in the semis and I’ll be ready. Any time you place in the state you have to be grateful.”

Griffin came back to take fourth after a pin and a loss to Eastport-South Manor’s Zach Redding.

He wasn’t the only Griffin on the medal stand in 2017, however.  Myles Griffin lost to eventual champion Brandon Nunez of John Bowne, but then won four in a row, including three by fall, to nab third place at 99 pounds.

“It was awesome to see him on the podium," Matt Griffin said. "We were so excited. That second day he was on fire, pinning everyone really fast.”

The Griffin brothers will be a pair to look out for again.  But before getting on the mat for the high school season, Matt Griffin decided to join another squad.

“For my senior year I decided to play football which was a shock to everyone,” he said. “People ask me why I would risk getting hurt. But I felt like I needed to do another sport, just to take my mind off wrestling a little bit. I’ve definitely still been wrestling. I think this is making me much more hungry for when wrestling season rolls around.”

“I would love to finally take a state title home this year,” he said. “It’s been my dream since I was little and it’s what I’ve been working hard to do. My parents have taken me all over just so I can accomplish that goal. It’s my last year in high school, so I want to enjoy my senior season. I’m really excited to see what happens.”

His career won’t end after his senior season, however, as Griffin committed earlier this week to the University at Buffalo, where he projects as a 125 pounder.

“I absolutely loved the campus,” he said. “When I met Coach [John] Stutzman and the whole coaching staff, I knew it was a great fit. Their energy is a lot like the energy of my high school coach. I loved my visit. I stayed with [Wayne alum] Bryan Lantry and I got a good feel for what life is like for a Division 1 wrestler.”

Lantry finished his high school career as a state champion before becoming a Bull. Now Griffin will look to do the same.

Matt Griffin mentioned a number of people who have helped him along the way. "I want to thank great workout partners, like Myles Griffin and Tyler Kellison, who is someone to watch for this year. My coaches have been absolutely great - including Coach Joe Moran, Coach Craig Benedict and Matt Lauro. Jason Goldman is another coach who took me to a whole new level - I improved so much. I want to thank all of my coaches.

My family is so important. My mom and dad have sacrificed so much to put me where I am. My mom has been my biggest fan since day one. Even when I wasn’t that great, she always saw the potential. I want to thank my grandparents for everything they've done. I'm so thankful to everyone -  my family, friends and coaches who have gotten me here. I can't wait to chase a title this year and do big things at UB."