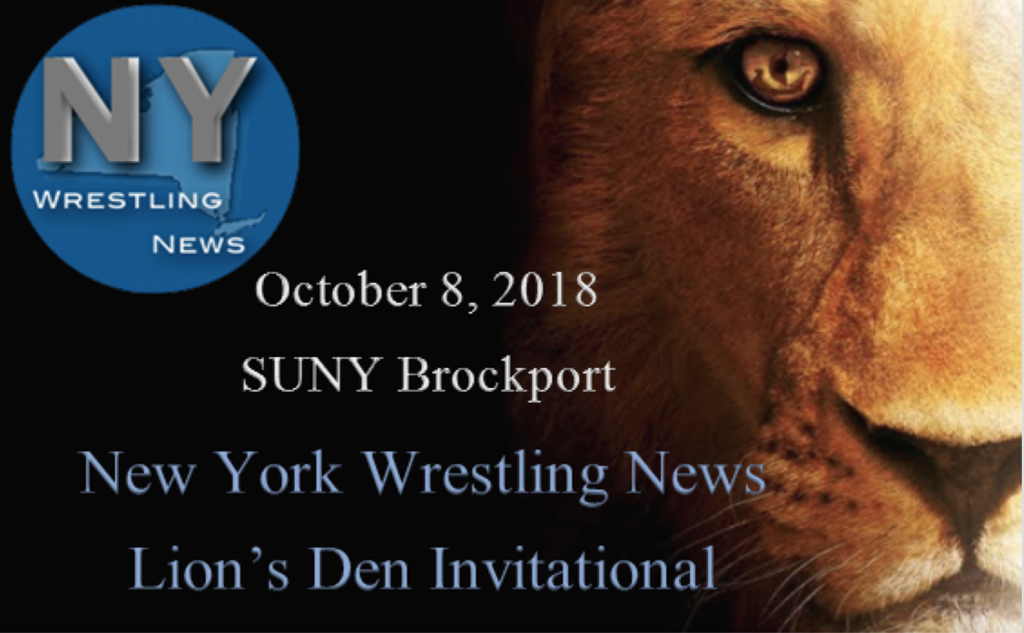 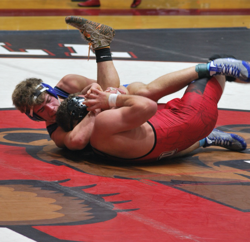 When Troy Keller began his first year at the college level, for Niagara County Community College, he wasn’t sure what to expect on the mat.

“I didn’t really know what college wrestling would be like at all,” Keller said. “I just wanted to have a good solid year for a freshman.”

His outlook changed pretty quickly.  He won the Ben McMullan Open in early November and followed with a second place showing at the Ohio Intercollegiate Open, in which he defeated opponents from Edinboro, Ohio State and the University of Ohio. Then came the New York State Intercollegiates in Ithaca, the event that stood out most to him during the regular season.

“It wasn’t one of my best tournament finishes -- it might have been my worst,” he said of his sixth place performance. “But I had some great matches. I was tied 10-10 with Brandon Womack from Cornell, who was an All-American last year. He won on riding time, 11-10. I lost by two to a national qualifier from Columbia [Tyrel White]. It opened my eyes that I’m not just good for the junior college level -- I can compete at the higher levels too.”

He began to believe a national title was within his grasp at 165 pounds.

At the NJCAA Nationals, Keller began with a technical fall and a major. He then led by a sizable margin in his quarterfinals bout with Dillon Ulrey. As time ticked down in the third period, however, he was called for an illegal slam and lost by disqualification.

“It was the worst feeling I ever had after a match because I was winning," he said. "I’m not sure what the exact score was but I was winning by a good amount of points. I had riding time too. I really thought I had the match in the bag and then he stood up and it was a force of habit, I tried to mat return him. I got called for a slam. Initially the match was over and I won. Then, there was a challenge and they reviewed it and said there was one second left [at the time of the slam]. [Ulrey] said he couldn’t finish the match even though he continued in the tournament completely fine [and took second]. It was a hard thing to deal with.”

He bounced back to win three times in the wrestlebacks and ended with All-American honors after a fifth place performance.

“I didn’t know how to react [to the disqualification] and I feel like I didn’t wrestle like myself the rest of the tournament,” Keller said. “I wasn’t the same guy who started the tournament or leading up to the tournament.”

He expects to go back to being that dominant wrestler again for NCCC in 2017-18.

“All I wanted to do was win it and I fell short,” Keller said. “But I was still an All-American so you gotta look at the positives of it. It just makes me want it more this year. It feels like when I took second at states my senior year [to Frankie Gissendanner of Penfield] and that motivated me for college. I don’t want to stop until I’m on top. So even if I win it all at this level, there’s still more I want to win at the Division 1 level.”

He will compete in D1 for the University at Buffalo, announcing his commitment to John Stutzman and the Bulls earlier this week.

“One of the main reasons I picked Buffalo is that it’s close to home,” he said. "Also, the program is just going up right now; it seems like it gets better every year. I really like the coaching staff and they’ll help me improve.”

Keller said he will have two years of eligibility left for Buffalo and could also take a redshirt there. In the immediate future, he looks to make his mark in his final year of junior college action.

“I didn’t finish the business last year so I’m glad I have another year to do that,” he said. “I also would really like to win the New York State Intercollegiates because it has Division 1 competitors in it. If I can win that, I’ll show that I can win at both levels before I go to Division 1.”

Troy Keller said a lot of people helped him achieve success in his first year of college wrestling, including "my drill partner every day Cody McGregor, Keith Maute, Scott McGregor and everyone around my weight on the team."