The question, “Who is the man at 74kg” was finally answered this weekend at the U.S. Open.

Was it still four-time World and Olympic Champion, Jordan Burroughs, or would the torch be passed to four-time NCAA Champion, Kyle Dake?

Burroughs, the 2012 Olympic Champion was competing for the second time since the Rio Games and Dake was competing down at 74kg after making an Olympic team run at 86kg. 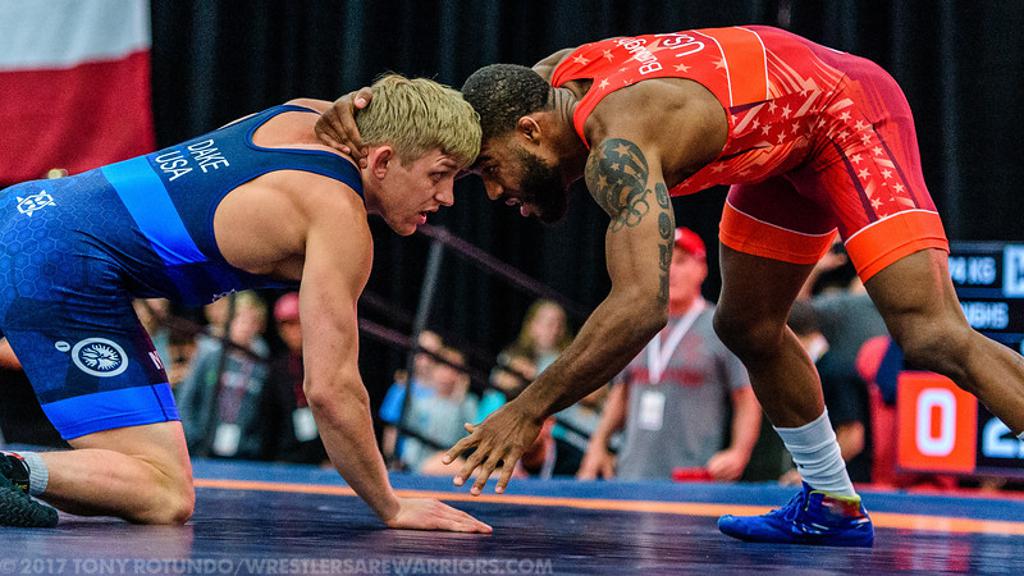 Dake was first to initiate the offense after a left-hand to the nose/face from Burroughs. Action was stopped and brought back to the center when Dake dropped to his knee and blasted off a right-side high-c. Dake came up to his feet and switched Burroughs’ leg to his left hip and drove Burroughs to the edge. Jordan was able to fight off the takedown but did give up the push-out point. Dake, with the first point of the match took a 1-0 lead.

Burroughs picked up his first point off a push-out while Dake was working off a right-side Russian tie near the edge of the mat. Burroughs lowered his level, cleared Dake’s Russian and was able to fire off a shot attempt which got Dake’s right foot to step out. At the end of the first, Burroughs lead off of criteria, 1-1. 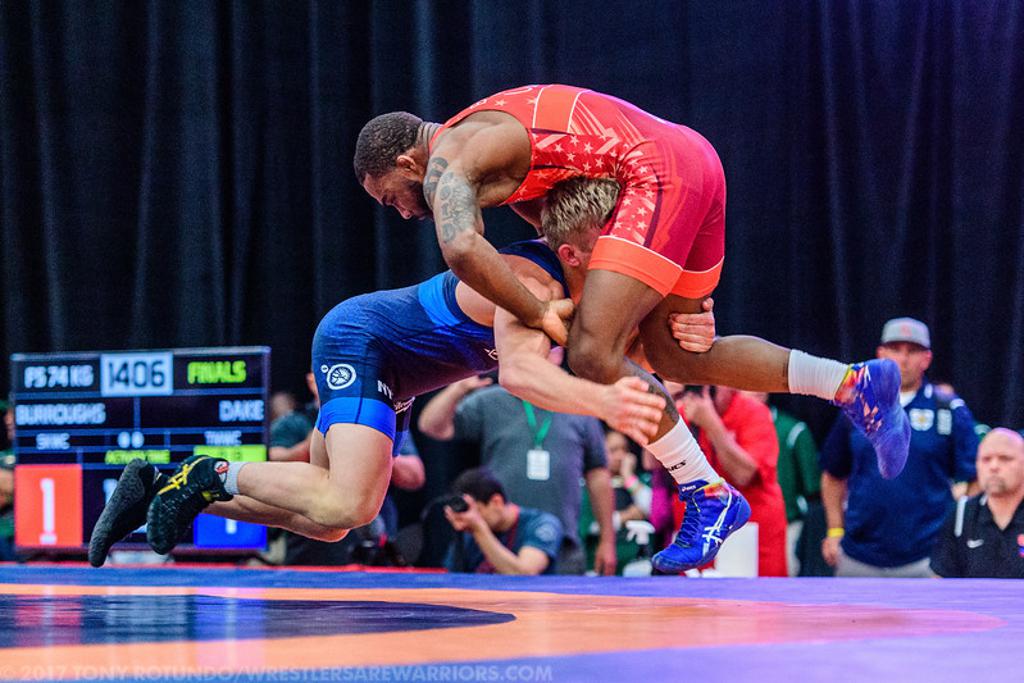 Burroughs started the second period with an open double leg, but Dake was able to stop the shot by getting to double underhooks. Shortly after Burroughs double, Dake was hit with his second passivity and was put on the shot clock. Two minutes remained in the second period and Dake was down on criteria, 1-1.

Dake took a 2-1 lead after getting to a head inside single on Burroughs’ right leg. Kyle switched to a double and was able to drive Burroughs out of bounds.

Burroughs, down by one with under a minute remaining started to pick up the pace. After several shots from Burroughs, Dake was again put on the shot clock. Fifty second remained and Dake needed to score or Burroughs would take the 2-2 lead on criteria with just over :10 second left.

Burroughs picks up the shot clock point and takes the 2-2 lead with :12 left in the match.

Crazy ending to the match as Dake gets to a left side single but Burrough continues to circle back to the center and gets hip-to-hip with Dake.  That minor adjustment gave Jordan enough room on the out of bounds line to run the clock out!