Champs Crowned at the G2 King of the Mat Spring Nationals 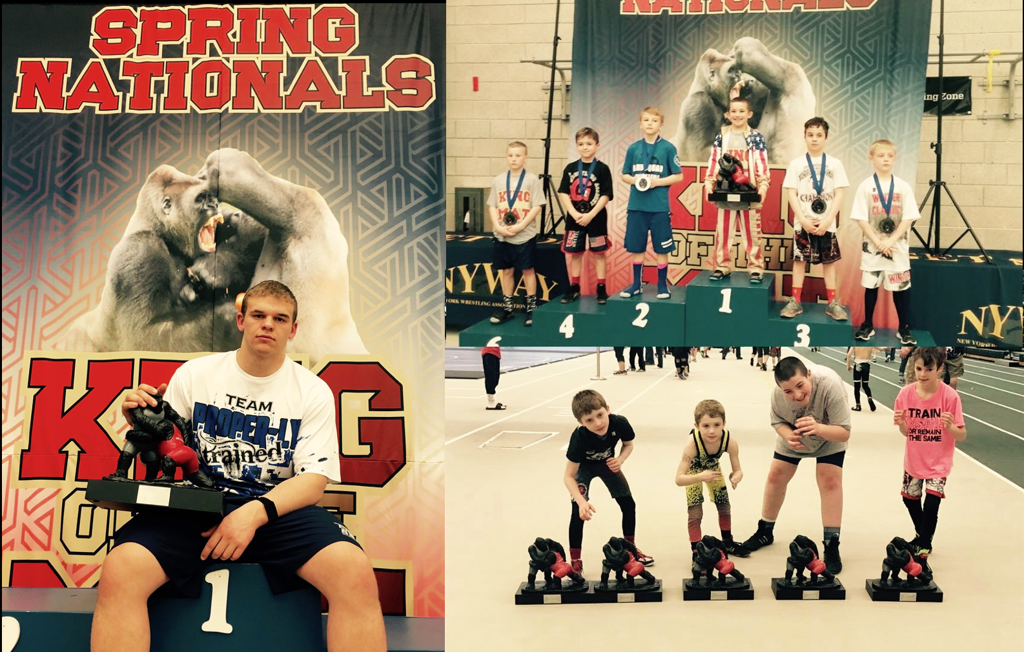 Courtesy of A. Burgos 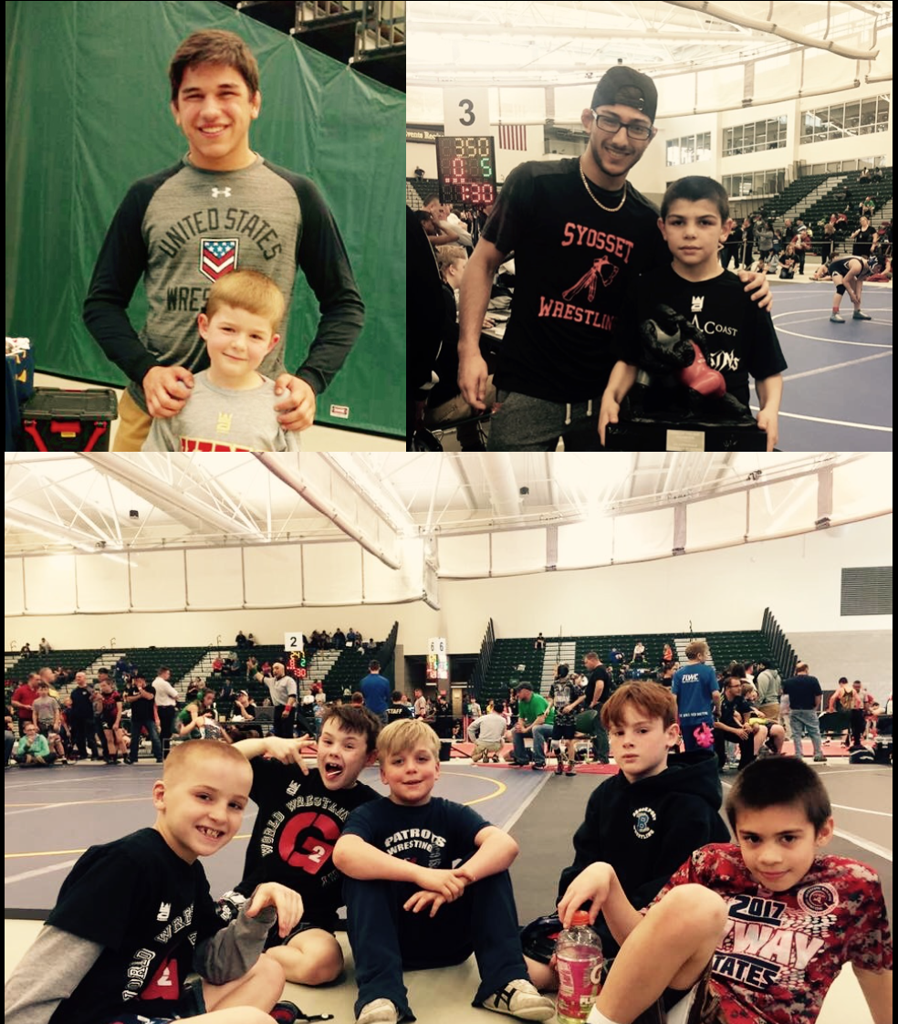 Courtesy of A. Burgos

Who were the Kings of the Mat?

At the inaugural G2 King of the Mat Spring Nationals event in Brockport on Saturday, a number of wrestlers stood out and went home with a unique trophy (see pictures above).

Among those to prevail twice were Ruthless Aggression's Brady Maneri, who went unbeaten in Division 2 both in the 43-47 pound and the 51 pound brackets, including two technical falls and two pins.

Another double winner in Division 2 was John Drapaniotis, who took the top spot at 90 and 98 pounds with three pins and two majors.

Leo DeLuca of Journeymen was the champ in Division 3 in the 65 and 70 pound competitions. DeLuca registered two pins, two technical falls and a major along the way.

PJ Duke earned the titles at 80 pounds in two different divisions - 3 and 4 - with three bonus point victories during the event.

Another G2 representative, Jayden Scott, grabbed gold in Division 4 at 105 and 113 pounds. He went 9-0 with five pins, a technical fall and two majors.

New York State champions from the 2016-17 high school season came out on top, including Greg Diakomihalis and Anthony Noto, while NYSPHSAA placers like Chris Barker and Matt Cicco won as well.

"It was a great inaugural event," said Adam Burgos. "Thank you NYWAY for the support and the area collegiate wrestlers from SUNY Brockport and RIT for the help. Coach Jason Bovenzi and Coach Don Murray are class acts. Thank you wrestlers from New York, New Jersey, Vermont, Pennsylvania, Ohio, Michigan and Canada. See you next year at the 2nd Annual 'King of the Mat' Spring Nationals at SUNY Brockport on April 20th-22nd, 2018."

Full placement results are below.