Finger Lakes Wrestling Club sent six wrestlers across the country to Las Vegas to compete in the prestigious Freakshow Tournament this past weekend. The frogs went a combined 42-9 on the weekend, with four frogs placing in the tournament.

Evan Barczak had an amazing showing, as he competed in both the varsity division and the High School Elite division at 152lbs. In his varsity bracket Barczak absolutely dominated his way to the finals, recording five straight pins before posting an 8-3 decision victory in the final. In his High School Elite bracket Barczak once again made the finals by posting three decisions and one major decision. He lost a tight final 8-5 to Joshua Kim from So Cal Sharks Wrestling Club. Evan was a total of 10-1 on the weekend!

Grady Alpert also had a great performance in the 152lb Varsity division. Alpert cruised to the semi-finals by recording four straight pins. He dropped his semi-final bout by a score of 14-3, but wrestled back to take fourth place in the tournament. Alpert was 5-2 on the weekend.

Zach Brown competed in the 138lb Varsity division, and was the second highest placing frog by finishing third in the tournament. Brown won his first five matches to qualify for the semi-final before dropping that match to Ricky Cabanillas from DePaul Catholic High School. Brown finished his tournament by winning his remaining two matches in the consolation bracket to take home third place honors. Brown was 7-1 on the weekend.

The final frog to place in the tournament was Sal Jones, who competed in the 113lb Varsity Division. Jones won his first two matches before dropping an overtime match in the round of 16. Jones continued strong and rattled off five straight victories in the consolation bracket before losing a 9-0 major decision in the consolation bracket finals to finish in fourth. Jones was 7-2 on the weekend. 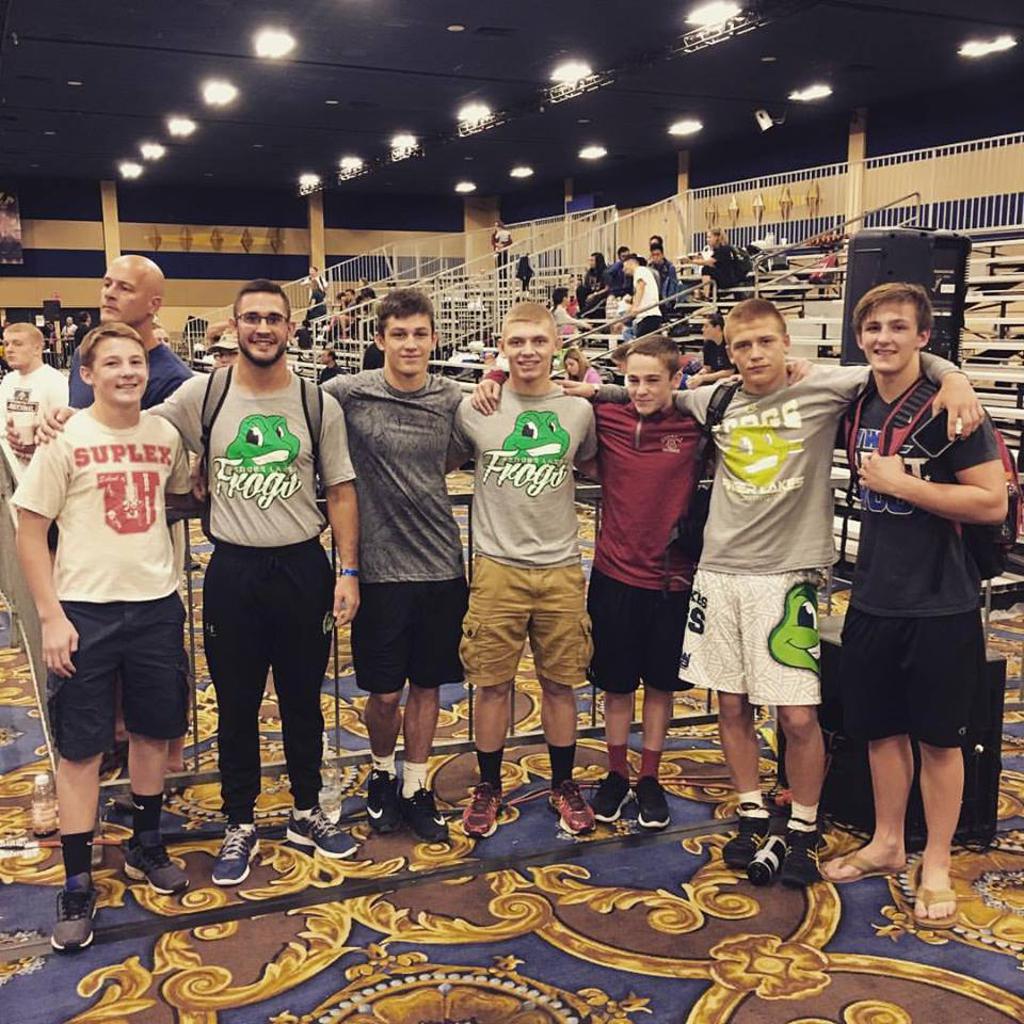