With the recent addition of longtime Ohio State assistant and current associate head coach, Lou Rosselli, pay attention to December 17th as the Big Red travel to Norman to take on the Sooners of Oklahoma!

Along with the December 17th dual, other duals to note include Oklahoma State, Missouri and Lehigh. 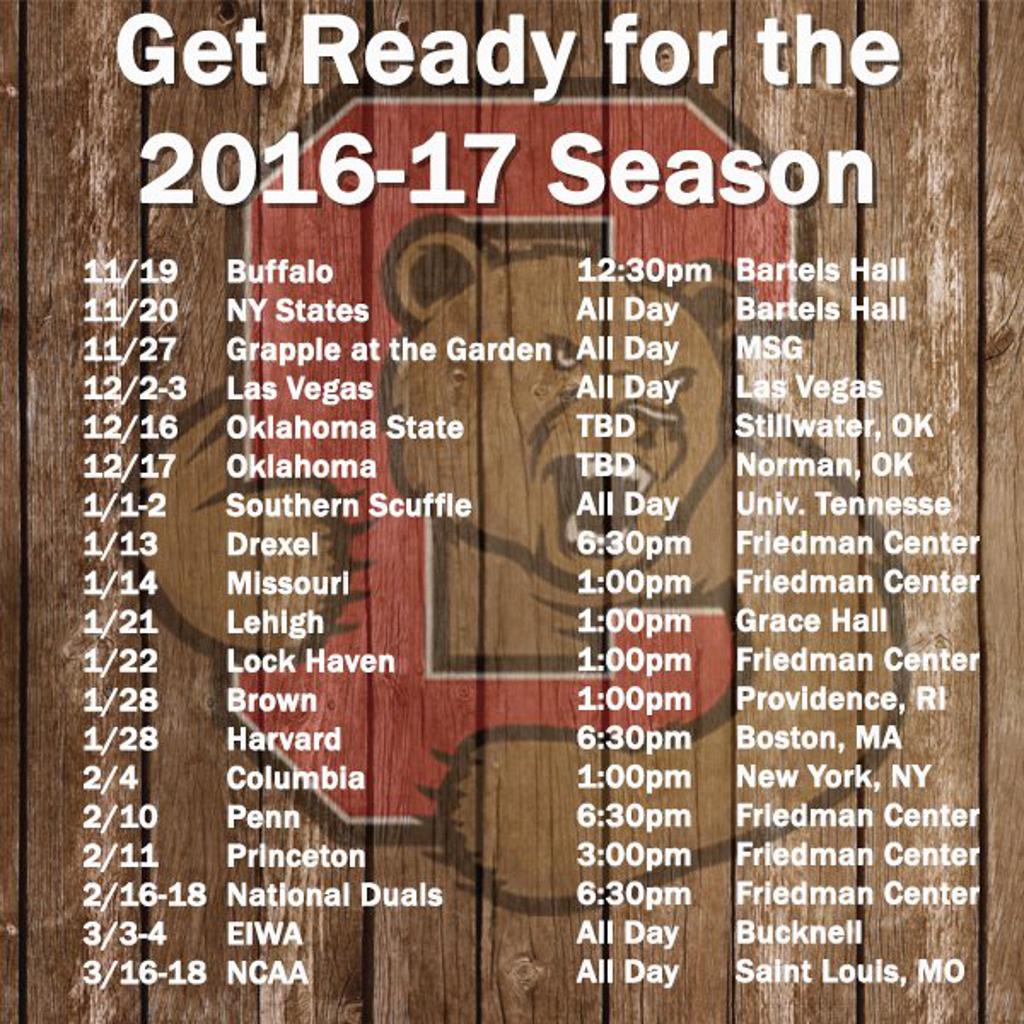