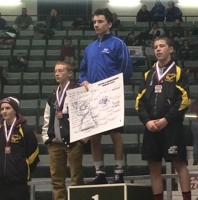 In his first two years of wrestling, 2015 NYS placer Nolan Foster of Hoosick Falls said he won just once -  in about 60 matches.

"I was terrible at first," he said of his sixth and seventh grade years in the sport. "I was incredibly bad. That's where all the hard work comes into play. I recognize how much it can change someone."

That change started to take shape as he moved to New York and entered the Hoosick Falls room where he was able to train with eventual state champion Luis Weierbach, among others.

"That was huge for me," Foster said. "I moved from Massachusetts where my coach had read a book on wrestling but never wrestled himself. I had very little experience - I didn't even know what a state champion was. Having Luis there was such a big thing for me. He beat the heck out of me every day and I got better quickly. That's what I'm looking forward to in college, getting the heck beaten out of me every day and continuing to get better."

Foster will be taking the mat at the next level as a 125 pounder for Franklin & Marshall, a member of the EIWA conference.

"The main reason I chose Franklin & Marshall was for the academics," he said. "I wanted to go somewhere that was very challenging academically and also had a Division 1 wrestling program. F&M fit the bill perfectly. When I went down on my official visit, I met everyone and stayed with the team. The thing I liked the most was how everyone had serious motivation academically and in the practice room."

So, how did Nolan Foster go from one win in two years to a Division 1 recruit?

Perhaps it began with his first setback as an eighth grader - a match he said he still remembers as he lost by technical fall to Austin West of Warrensburg.

"After that, I thought, am I gonna sit back and let him beat me again or am I gonna beat him?" Foster said. "At Sectionals, I came back and beat him and took sixth. No one really thought I would climb the ladder very quickly after that but I knew I was getting better."

Indeed, he was. As a freshman, he moved up to the runner up spot at the Section 2 state qualifier.

"I was the absolute underdog of that tournament," he said. "I lost previously to some of the guys seeded ahead of me. But with a little bit of luck and a lot of hard work, I took second."

The improvement was far from over. Foster made a trip to the state tournament as a sophomore and in his second appearance in 2015, he picked up All-State status for the first time. However, it didn't quite happen the way he pictured it.

Foster won his opening two bouts at the Times Union Center, each by one point, but he wasn't able to take the mat again as he defaulted to sixth.

"The state tournament was unfortunately a let down," he said. "I was injured at beginning of the season and that injury caught up with me. When it came time for states, it just gave out. I had to med out of the tournament. It was tough. The wrestler I beat for the Section 2 title [Zach Lawrence of Duanesburg] wound up taking fourth. I lost to [eventual state champion from Mexico] Theo Powers at the Eastern States by a small margin and unfortunately didn't get to wrestle against him again. But the injury was pretty immobilizing and I couldn't wrestle."

Foster said he took about two months off before starting practices and tournaments. However, the issue arose again.

"At one offseason tournament, I got slammed illegally on my head," he said. "I had to take the rest of the summer off. It was extremely difficult that I wasn't able to wrestle, but I could work out, train and be in the best possible shape and that's what I did."

So far, his preparation seems to be paying off. According to trackwrestling, Foster has compiled a 22-0 record at 120 pounds this year with 19 bonus point victories. He's looking to make his third appearance in Albany the most memorable one.

"My goal has always been the same - and that's to be the best," he said. "That might be an unachievable goal, but I've always aimed high. My biggest achievement is how hard I've worked and continue to work and how much I know that pays off."

That work has taken him from "incredibly bad" (his words) to a state placer and future Division 1 wrestler. We'll see where it takes him in the postseason as a senior.

---------------
Nolan Foster wanted to thank Hoosick Falls coaches Landon Nelson, Bobby Pine and Rick Taber and NY Titan coach Jefferson LaMountain. In addition, he said Titan wrestlers like John Devine, Max Tempel, Kyle Jasenski, Tyler Green and Orion Anderson have been key to his improvement. "Above all else, I would like to recognize my father," Foster said. "He's done so much. He's the one who pays for all the tournaments, drives me and got me into wrestling in the first place." 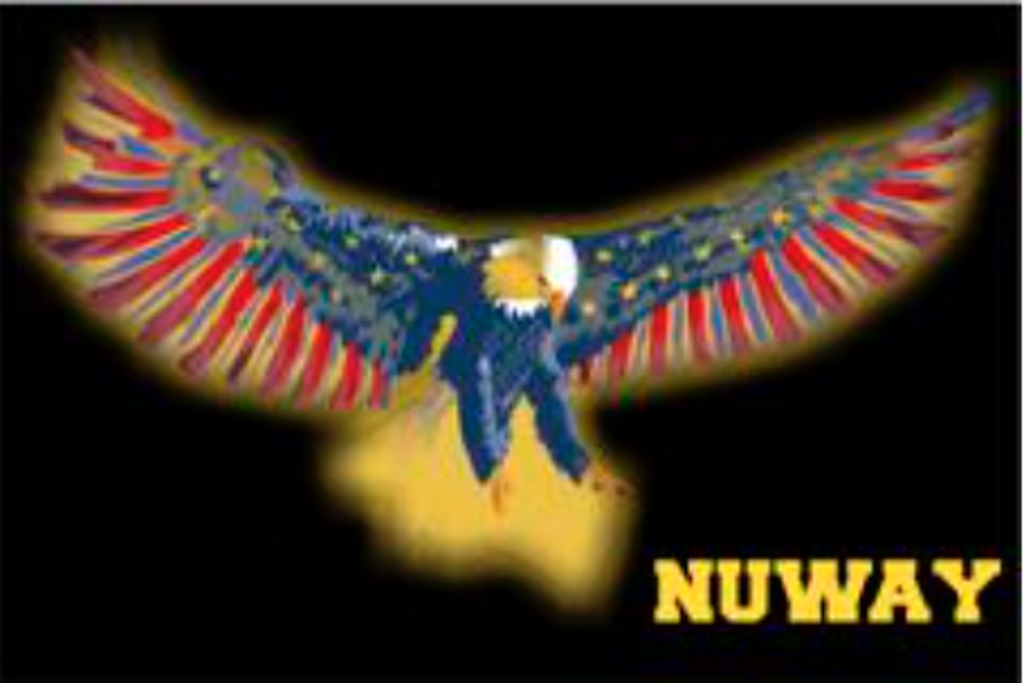