With high school practice underway, it's time to continue our previews from around New York State. Michael Carey from sectionixwrestling.com took a look at what Section 9 has to offer in 2015-16.

What to Watch For… The lightweights will be extremely competitive in Section 9 this season! Monroe Woodbury senior Kevin Kelly could be back at 126 this season and has the potential to place very high in NYS this season after making the Round of 8. Both Marco Vespa (Monroe Woodbury) and Connor Greiner (Minisink Valley) won matches in Albany last year and have their sights set on stepping on the podium this year.

Anthony Stramiello, now a student at Monroe Woodbury, was a Section 9 champion in 2014 and has every intention of finishing his high school career with another trip to the state tournament.  Another wrestler to definitely keep an eye on is Middletown’s Oscar Lainez who was not able to compete in last year’s Section 9 tournament. Lainez posted a win over Vespa last season and he defeated D2 NYS champ AJ Burkhart in a spring league match. Wallkill’s Andrew Davis was a runner up at 99 last year and will be in the mix again this year.

What to Watch For…With three returning New York state placewinners, Section 9 middleweights will be very well represented in Albany this February! Monroe Woodbury junior Evan Barczak has had a spectacular off season and has laser-like focus on the top step of the medal stand this year.  Three-sport athlete Ryan Ferro from Warwick has unlimited potential and the ability to beat any wrestler in NYS on any given day. Ferro’s new teammate Charles Johnson, a transfer from Pennsylvania, is also expected to make some noise in S9 this year.  Johnson placed 5th at 126 in PA’s AA division last year. Minisink Valley senior AJ Aeberli could be back at 160 again this season and is a legitimate title contender in Albany. Meanwhile, his teammate, junior Andrew Neidnig, opened some eyes last year with his strong performance at the S9 tournament and will definitely be one of the favorites for a title this year.

Warwick’s Lucas Wightman showed outstanding improvement last season and will be in the hunt this year as well.  Other middleweights who finished top-4 in the Section last year include Dylan Greer (Pine Bush), Ben Ulrich (Monticello), and Brandon Bobe (Washingtonville).

What to Watch For… Monroe Woodbury senior Nick McShea was one match away from a state title last year.  This year he plans on making that final step!  Crusader teammate Kendall Elfstrum won a match at the state tournament last year and has had a great offseason in both folkstyle and freestyle. He could definitely place in Albany in February.  Middletown senior Joe Humphrey suffered a serious eye laceration towards the end of last season which definitely impacted his postseason performance.  During the season, Humphrey notched wins over several state placewinners, including the D2 state champ.  He will definitely make some noise in NYS this season!

Can Section 9 keep a stranglehold on the #1 NYS ranking?  In 2014 Monroe Woodbury finished atop the sportswriter’s poll while last year it was the Warriors from Minisink Valley who were marched out in front of the crowd in Albany.  On paper, many predict that this season will belong to Monroe Woodbury. The Crusaders have five returning NYS qualifiers, including two placers in McShea (2nd) and Barczak (6th).  The others, Elfstrum, Kelly and Vespa, won matches in Albany and are likely placewinners this season.  Oh and did I mention that 2014 Section 9 champion Anthony Stramiello is now a Crusader?  With six potential NYS medalists it would be tough to make a case for any other team being #1 in Section 9….but I have a feeling nobody at Minisink Valley has received that memo!

The Warriors return a very solid core in AJ Aeberli (5th NYS), Connor Greiner (NYS qualifier) and sectional placewinners Jarred Greiner and Andrew Neidnig.  They also have added 2X sectional placewinner Tyler Lynch as his family moved into the Minisink Valley district during the summer.  Wallkill and Cornwall are coached by Hall-of-Fame coaches Jeff Cuilty and Don Blaine, respectively, and should never be overlooked!  Middletown has been improving every year and we can also expect to see rejuvenated teams from Warwick and Port Jervis this year.  NFA is always loaded with talent and Washingtonville has been making some serious strides over the past few years.

What to Watch For… Another year of experience will definitely pay dividends for Section 9’s D2 lightweights. Harris and Ross both went 0-2 in Albany last year but are primed to make a run at the podium this season. Some other returning S9 D2 lightweights to keep an eye on are Nick Conetta (Tuxedo), Shane Gullikson (New Paltz), Christian Canino (Highland), Matt Kelly (Rondout Valley), Ian Houck (Rondout Valley), Noah Winchester (Red Hook) and Andrew Parete (Rondout Valley). 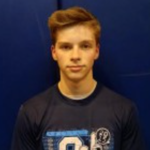 What to Watch For…Section 9 could possibly have a few middleweights place in Albany this year!  Red Hook’s Taylor Benson and Eldred/Liberty/Fallsburg’s Noah Curreri both competed very well in the ultra-tough preseason Journeymen Classic tournament and definitely have the potential to reach the podium in Albany this year. Mathews competes in all three styles and is always improving.  New Paltz’s Ben Cuppett is as tough as nails; he went 1-2 in Albany last year and only lost 3-0 to the #3 finisher.

Returning State Qualifiers:  Liam Heslin (Tuxedo) and Kevin Morgans (Eldred/Liberty/Fallsburg)
What to Watch For…  This will be a breakout season for Kevin Morgans!  He has been on the cusp of statewide recognition for over a year now and this is his year to finish on the podium…possibly high on the podium!  Last season Morgans made his second trip to Albany and finished 2-2, one win away from placing.  Both of his losses were nail biters too – Morgans lost 2-0 to state finalist Triston Engle and 5-3 to 5th place finisher Geno Brancati.
Tuxedo’s Liam Heslin also won a match in Albany last year and has a legitimate shot at placing this season.  The other returning top-3 upperweights from last year’s state qualifier include Theo Chazkel (New Paltz), Dylan Delisi (Tuxedo), John Goodell (Eldred/Liberty/Fallsburg), AJ Coolbaugh (Red Hook), Darren Coon (Red Hook), Will DePaolo (Eldred/Liberty/Fallsburg), and Travis Coon (Red Hook).

On paper Red Hook is definitely the favorite to win the team race in Section 9 Division 2. They have a total of 10 returning top 3 place winners coming back this season including 2 returning champions in Harris and Benson.  This team may have enough horsepower to garner some attention from the sportswriter’s poll!  Tuxedo is also a much improved program and they return 5 top-3 finishers including champion Heslin. Eldred/Liberty/Fallsburg, Rondout Valley, and New Paltz all return several top-3 finishers and Onteora, led by 300+ win coach Lou Chartrand, is always a tough squad.