No surprises here, Nick GWIAZDOWSKI takes the AWP No.1 spot.

At first glance you may be asking yourself “Why are you only ranking the top 12.” For the preseason, top 20 is just too difficult with freshman coming in, guys getting hurt and guys moving to different weight classes. Have patience, the top 20 will come, let’s just get into the season first. With that being said, I give you my top 12!

Let’s start with the BIG BOYS. The way I look at things for 285 lbs, I break them down into three tiers.

Tier One: Nick GWIAZDOWSKI (NC State). The TWO time NCAA champion is easily pound for pound, one of the three best college wrestlers in the nation. You may be asking, “Who are the other two?” Enough with the questions, this isn't about them. We’ll get to them at a later time!

Tier Two: Adam COON (Michigan), Ty WALZ (Virginia Tech), Michael KROELLS (Minnesota), Blaise CABELL (Northern Iowa) and Austin MARSDEN (Oklahoma State). I believe COON has a lead for the number two spot for now, but the other four guys are not that far behind him. I would listen to any argument for either of these five guys wrestling GWIAZDOWSKI Saturday night on the big state in Madison Square Garden.

Tier Three: the rest of the field. I think KNUTSON (North Dakota State) has the ability to be a tier two heavyweight, but that’ll come with two or three BIG time wins. Next, let’s address Brooks BLACK (Illinois). As a freshman, wrestling in the Big Ten, it is not easy, especially early in the season. If you watched any of his matches, you saw the constant progressions that he had made. I think with a (Big Ten) year under his belt, he learned what “wrestling with the big boys” really truly meant. 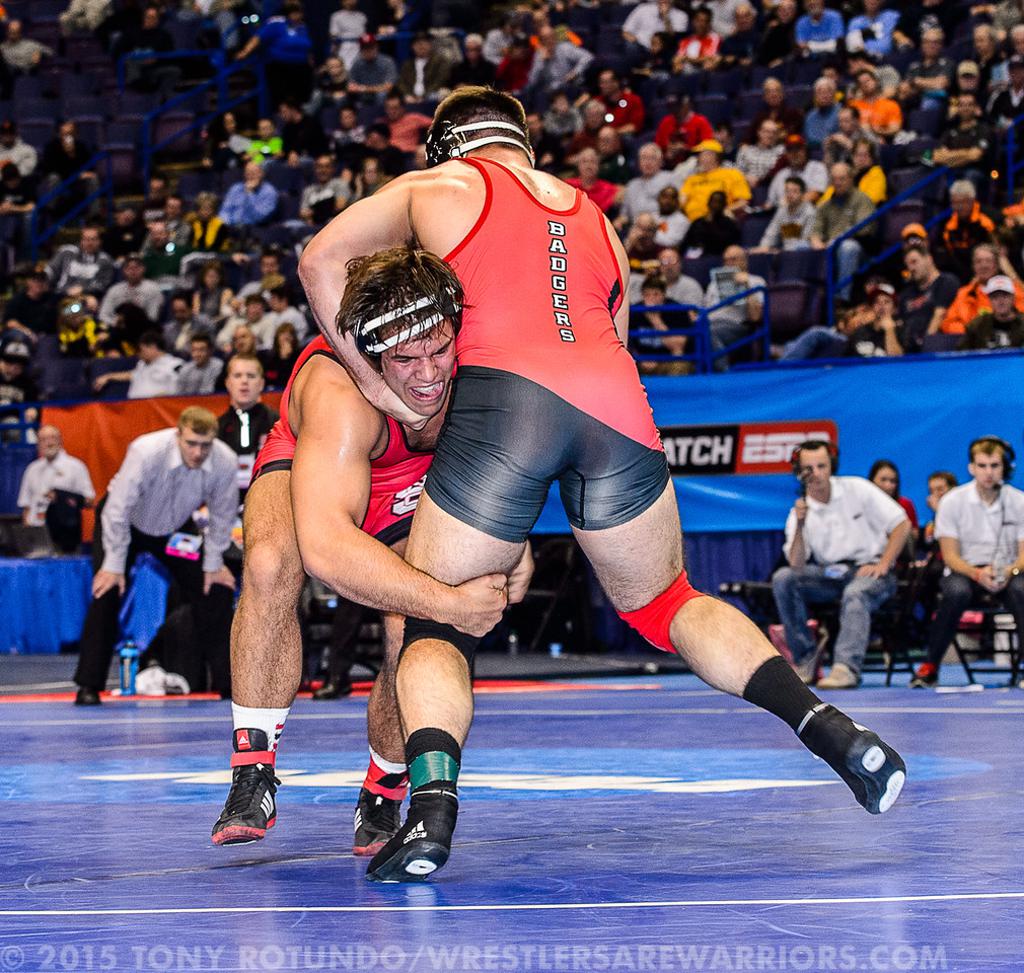 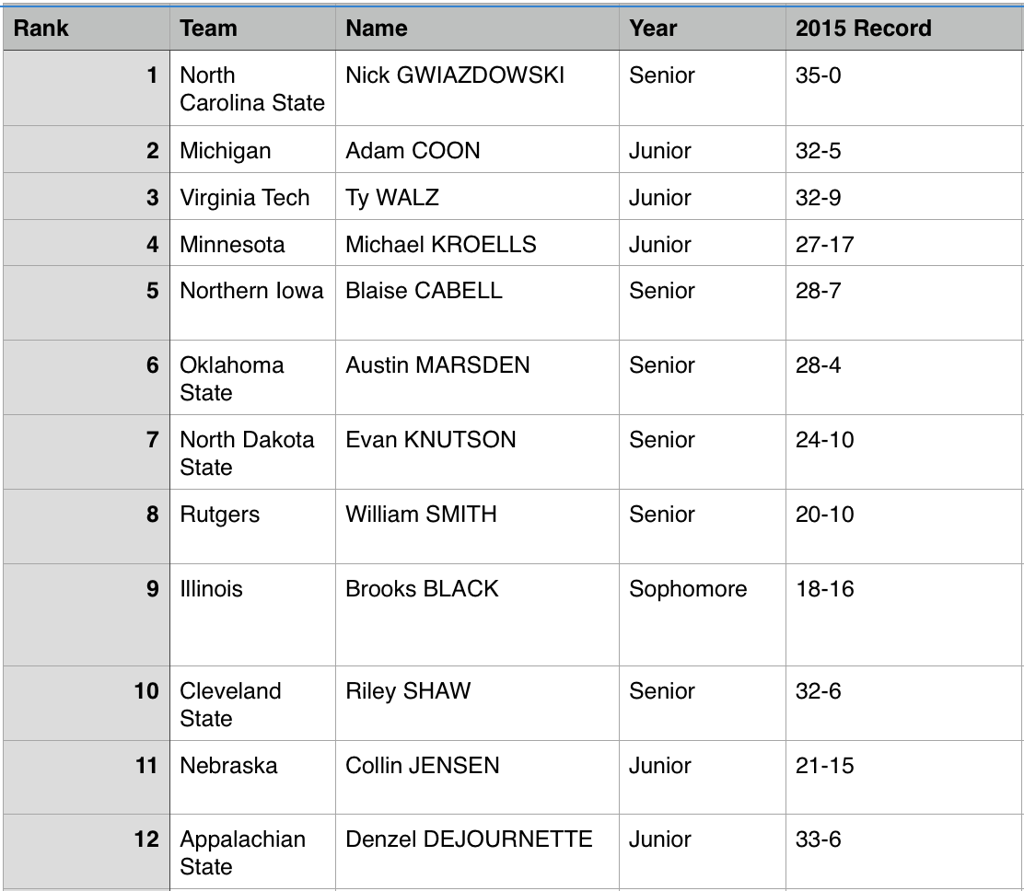