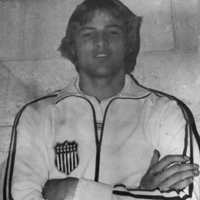 While Cornell's Dylan Palacio spent plenty of time in the spotlight in 2013-14 with an impressive 32-win freshman season for Cornell, he's not the only Palacio in the wrestling news.

Dylan's father, Leo Palacio, was recently named the National Wrestling Coaches Association's Assistant Coach of the Year for New York State and also for the Region. (There are eight Regional honorees around the country).

"Leo Palacio is a great coach and a wonderful person," said Long Beach head coach Ray Adams. "He is an excellent teacher of wrestling and makes it fun for the kids. He has had a huge impact on countless young men in the Long Beach community over the last 30 years. I am glad to call him a friend and colleague."

Leo Palacio has been a key part of the success of the Long Beach wrestling program for quite some time. Adams said he and his brothers Al and Luis "helped put Long Beach on the map" in the early 1980s.

Al was a three-time NYS champion, while Luis took third in the state while winning a Nassau title.  Leo also was a Nassau champ in 1981 and earned All-County honors three times. He also helped to lead the 1982 Marines to the team state championship and a #7 ranking in the nation.

After attending the University of North Carolina (where he wrestled and played soccer), Leo returned to Long Beach and continued to make his mark. According to Adams, he has helped the squad capture 18 Nassau titles and two state crowns and has also played an integral role in coaching and training 11 NYS champions and a pair of national titlewinners (Dylan Palacio and Jon Masa).