'A Six Minute Man' - A Wrestling Story of Struggle, Sacrifice and Success

We often tell the stories of wrestlers on this website - their ups and downs and everything in between as they strive for success.  But what about those who love them? What about the people who deeply feel those highs and lows every step of the way?

Kirsten Calkins hasn't stepped on the mat to compete, but she has experienced wrestling at many levels over the years.  She takes us on a journey from her childhood where she began hating the sport through watching her son battle for a championship at the New York State tournament a few weeks ago. [This story was originally posted in April 2014 on newyorkwrestlingnews.com]

It's an amazing story that wrestling families everywhere will relate to and recognize.

I was born with a basketball in my hands and it didn’t matter that I was a girl. My father was a collegiate point guard and a high school basketball coach. I grew up in a gym shooting hoops. When someone mentioned wrestling, I would just shake my head. It was the “other” winter sport, for the less sensible. I hated it.

Those grapplers were the enemy. During my dad’s practices, they would stampede up and down the stairs making the basketball plays inaudible. Their sticky bodies would drop sweat and blood on the ground. “Mean” was written all over their faces. In high school English class, I sat next to a wrestler who would spit into a cup every 30 seconds. I hated them.

Then in college, something went terribly wrong. I fell in love with the “enemy.” Surely this was a cruel joke? Suddenly, I was asked to appreciate the only sport that I despised. To keep the peace, I pretended. I watched my fiancé suffer from an injury that ended his Division I career. They said he would never wrestle again. He did, but was sent to Division III. Year after year, he would magically turn a 220-pound physique, into a 190-pound body. From November to March, I would eat and he would stare. His senior year, he missed becoming an All-American by one stinking match. He left college disappointed. I hated wrestling.

Five years later, something went terribly, terribly wrong...again. I gave birth to a BOY. My father immediately arrived with a basketball, and my husband promptly threw it into the yard for the dogs to destroy. There would be no talk of basketball in our house. Over and over I heard, “There is only one true sport.” I would roll my eyes. I hated wrestling.

Much to my chagrin, my son began to wrestle, barely out of Pull-Ups. He showed promise...until his first match. Full of false confidence, he went out on the mat and was pinned in 15 seconds. He stood up in defeat, trying to keep a stiff upper lip as sadness poured down his face. I hated wrestling.

After a few years, the unhappy faces showed up less often and smiles started to emerge. Yet, I still watched in total agony. The expectations became greater and the losses were felt deeper, especially when you were supposed to win. Even with a trophy in hand, mistakes were still noted. No one was ever satisfied. I hated wrestling.

Then there was “The Injury Year” – unrecognizable smashed finger, stitched lip #1, stitched lip #2, black eyes, internal bruising, blown out knee #1, blown out knee #2 and a pulled bicep, during a state semi-final match, that helped send my son to the consolations. Afterwards, his disappointed face looked into mine, “Mom, why does this keep happening to me?” I didn’t have an answer. I hated wrestling. 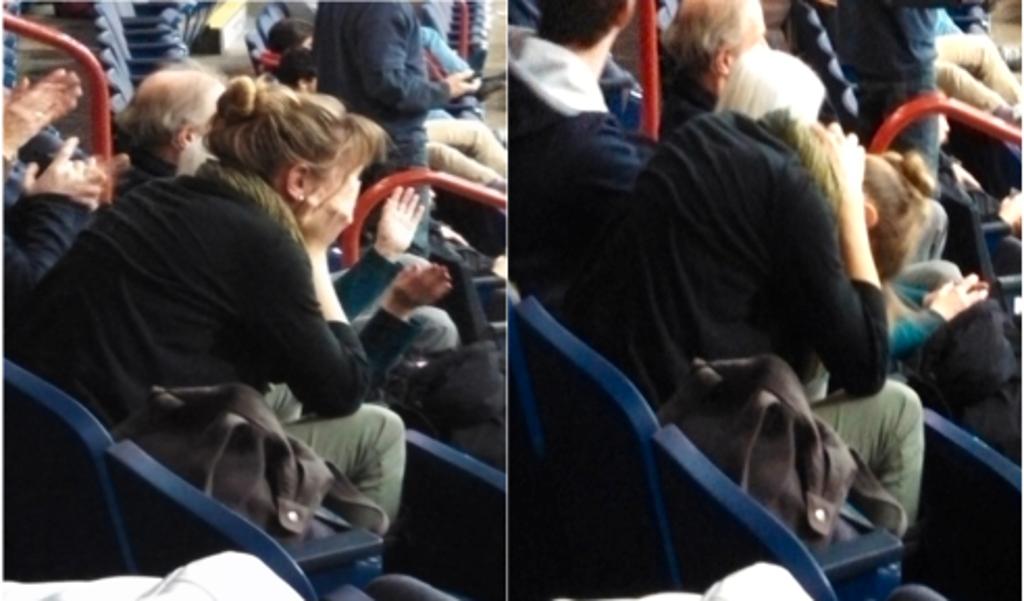 Just when I thought it couldn’t get any worse, it did. My son decided that he had a dream to chase - a state title. I watched my child give up outings with his teenage friends, a starting spot on the soccer team and all his free weekends. He would drive 2 hours, each way, to find a wrestler that could beat him up. He would go from wrestling practice, directly to the weight room. And most horrifying of all, he gave up video games. His friends didn’t understand him anymore. He was alone. I hated wrestling.

At my son’s final high school match, I watched helplessly as he stepped up to the center stage, teetering on the edge of that state championship mat. There was nothing I could do, other than sit in agony one last time. So few know what it means to give up a “normal” life for a 6-minute match. I grimaced, surrounded by fans of wrestling and TV cameras analyzing every move. To them, my son’s dreams were just part of a show. I stared loathingly at them all. I hated wrestling.

Then something miraculous occurred, a victory. Thinking back on all the times that I had visualized this spectacular moment, I never imagined that my son would just stand there, barely a smile crossing his face. At the final whistle, I had expected leaps of joy and a million fist pumps. But he just stood calmly, seemingly content...like a pioneer at the end of a very long journey. He was tired, yet completely satisfied that he had made it. His work was done, the pressure relieved. As the referee lifted an exhausted arm into the air, my son raised one quiet index finger into the sky.

With his final gesture, all of his childhood tears became mine. I stood hidden amongst the crowd and I cried. Somehow, during his last high school match, the boy had turned into a six-minute man.

When he walked off that mat, he knew more about life’s struggles, sacrifices and commitments than most 40-year-olds. Wrestling had transformed him into something greater.

To all wrestlers, I am sorry. I was wrong for so long. I love wrestling. 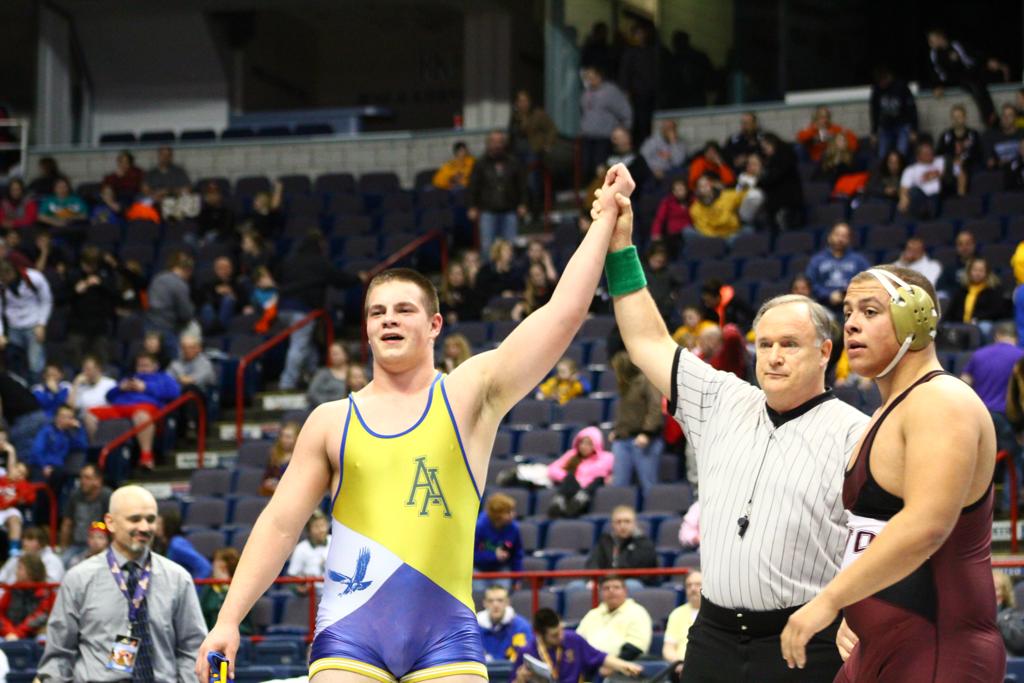