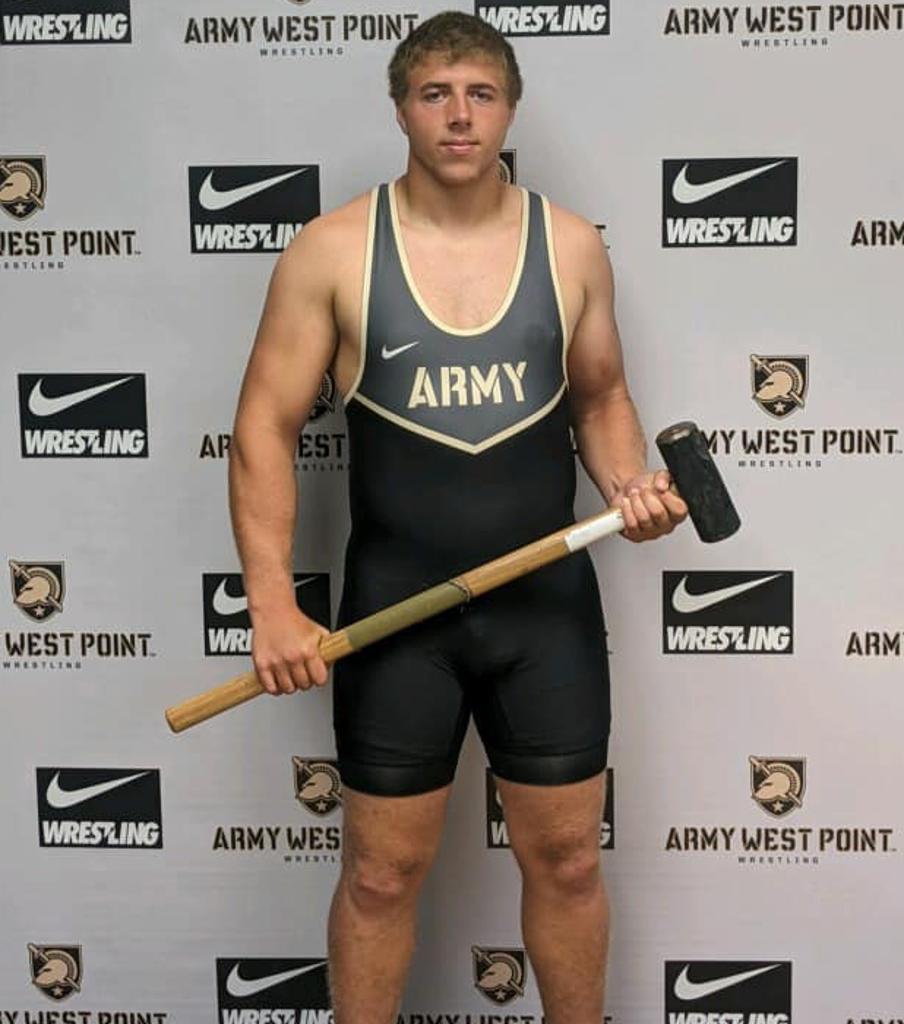 No more than 2-3 weeks ago, U.S. Military Academy Assistant Coach, Scott Green remarked that it seemed "unfitting" that there were no native Empire Staters currently on the 2022-2023 roster at West Point....

The Black Knights' staff rectified that issue in a BIG way on Thursday afternoon when it was revealed via social media that one of the top in-state blue chippers from the class of 2023, Sam Sorensen, had given his commitment to serve both the program and the country by pledging his allegiance to Army!

Regarded as the #3 overall prospect in NYWN's 2023 class rankings, when he arrives on campus next fall, the two-time New York State titlist/2x NHSCA All-American/2022 Fargo All-American will seek to be the first NYer since 2013 (Connor Hanafee @141 pounds) to be an NCAA DI National Qualifier on behalf of the Black & Gold!

A 5th place finisher in his NYSPHSAA debut as a freshman in 2020 (losses to the eventual state champion and 3rd place finisher), unlike most people who begrudged the 2021 COVID/pandemic stricken season, for Sorenson, it would be the year put him on the map and announced his presence as a bona fide superstar!!!

Pulling off the rarest of feats, the then 220-pound sophomore would successfully win not one, but TWO individual state crowns, as he relocated to Wyoming and capped off a perfect 31-0 campaign (for Torrington) before returning to home in NY to hoist the hardware at the 2021 Journeymen NYS Championships!!

It would be at the latter of these two championship-yielding events where the Section III standout would turn heads and command immense attention, as he utilized a pair of late scores in each of his semifinal (TD in the last :05) and final (escape in UTB) contests to upend 2020 NYS DI bronze medalist, Jayshon Hines (North Babylon) and 2020 NYS DI 6th, Ethan Gallo (Minisink Valley) en route to the crown....Gallo has since gone on to win the 2022 NYS Large School title and is currently nationally ranked, thus adding greater significance to the triumph!!

This past season, Sorenson extended his personal winning streak to 83 arm raises in a row when he amassed an outstanding 47-0 resume, pinning his way into the 215-pound DII finals (including a 3:03 stick in the semis over Journeymen State 7th, Trevor Barry, of Iroquois) before ultimately culminating his repeat bid behind a 2-1 TB victory (escaped with 11 ticks remaining; then rode out the full 30) versus Bolivar-Richburg's Trent Sibble (2x NHSCA AA/2022 Junior National runner-up)!

Personifying the caliber and quantity of courage and ambition you'd expect (if not demand) from a future Officer, Sorenson has continually demonstrated a willingness to test himself against the best of the best in the land....

Achieving All-American distinction on three separate occasions (as noted above), Sorenson has performed some of his best work in Virginia Beach, compiling a 9-3 record in two trips that saw him emerge as a NHSCA Sophomore National runner-up, as well as a Junior 5th!

Just a sampling of his highlights wins at this event included 3-1 sudden victory decision in '21 semis over 2x Tennessee State runner-up, Noah Todd; back-to-back shutouts over respective state runners-up from Connecticut (Nehemias Pettway, 5-0) and Virginia (Markaz Wood, 3-0) in the 2022 rounds of 32 and 16; a 7-2 decision in the junior quarters against 2022 Arizona State silver medalist, David Sweetman; and finally a 3-1 decision in the 2022 5th place bout over 3x West Virginia State titlist/2021 USAW Fargo 16U 3rd, Erick Brothers Jr. !

Trying his hand in Fargo for the first time in his scholastic career,  if resiliency had a face, it would be the mirror image of Sorenson....

Shaking off a 2-2 showing in the freestyle portion of the week-long festivities, Sorenson's grit was truly tested and battle proven when he lost his opening-round match in Greco-Roman, but then stormed back to win EIGHT straight contests to finish a mighty 4th under the Dome!!....Serving as the signature element of the masterpiece of heart and toughness was a 2-1 decision over current #6 in the nation/2021 Fargo 16U GR National champ/2022 UWW U17 World Team Trials GR 3rd, Sawyer Bartelt, from Florida!

Doing double-duty a few weeks, if you wish to appreciate the kind of competitive animal and/or athletic sensation that Sorenson is going to be at the collegiate level, consider that one day removed from rushing for 130+ yards and two scores on the gridiron, the Trojan senior, flew to Georgia and went 5-0, with wins over Sibble (3-1); 2x Missouri State medalist/2021 Double Fargo AA/then #15 in the nation, Sam Murphy (1-0); 2022 Tennessee State runner-up, Devon Medina (5-0); 2022 Alabama State bronze medalist, Desmond Nesbitt (5-1); and 2x Georgia State titlist, Luke Cochran (Fall in 1:25)!!!

Credited with team-leading totals of 662 yards and eight touchdowns this season for the still unblemished (4-0) Trojan football team, if Sorenson is this good while multi-tasking; imagine the ceiling when he is able to dedicate total focus to the mats!!

The owner of a 145-16 career tally, when asked what factors influenced his decision to select the USMA over the likes of other top-5 finalists---Binghamton, The Citadel, Cornell, and the University of Virginia---Sorenson pinpointed the "life-changing/elite opportunities afforded by a service academy....A born leader who walks in no man's shadow, the appeal of "the road less traveled" also carried immense favor!

Never to be overlooked or under-valued is the degree of patriotism and selflessness required to reach this decision....Hailing from a clan of heroes, Sam will be a third generation member of the military, as he joins the esteemed company of both his grandfathers--- Charlie Gustafson (US ARMY; served in Vietnam) & Gary Sorenson (21 Years in the Naval Reserve; did a one-year tour in Italy following the September 11th attacks)---not to mention his great-grandfathers-Carl Basile & Clayton Sorenson (both served in World War II)!!!

So we shout again; FIRE THE CANNONS!!!  NY flavor is about to invade!!!