Iranian, Amouzadkhalili, Prevails in Battle of Phenoms; Denies Yianni D. of the Gold... 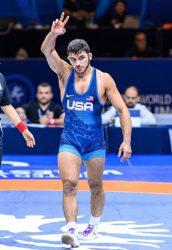 Even before he stepped foot on the mat in Belgrade, Serbia on Sunday, Yianni Diakomihalis was already a history-maker worthy of national celebration....

Thanks to him, the ghosts of Schwab, Paulson, Metcalf, Ware, Frayer, Molinaro, Retherford, and Stieber have been buried!!

After 16 straight years of not registering a medal of any color at either a Senior World Tournament of Olympic Games in 65/66kg weight class,  the former 4x NYSPHSAA DI State Champion/3x Defending NCAA titlist on behalf of Hilton and Cornell University [Diakomihalis], is headed home to the Evil Empire with some hardware!!!

Unfortunately, the yellow medal just was not in the cards on the final day of the 2022 UWW World Championships...

Embattled in a war of respective phenoms that owned FIVE age-group World belts to their names, it was the two-time Cadet/2021 Junior gold medalist out of Iran, Rahman Mousa Amouzadkhalili, using a very strong 2nd period effort to emerge with a 13-8 decision over the 2x Cadet winner from the United States!

An instant classic from the get-go, after a brief (43-seconds) feeling out period, chaos ensued as a wild scramble initiated by a Diakomihalis shot yielded 14 points in a span of 20 ticks, with the sequence originally be ruled as 4-2 [in favor of the American], before a U.S. challenge resulted in an adjustment of 8-6 [highlighted by a 4pt back-to-feet exposure by YD) with just under 2:00 remaining in the 1st period!

Amouzadkhalili would transition from a snap-down to a go-behind to a single-leg to finish for the TD to square the match 8 apiece with :52 to in the opening stanza....That is how the period ended as Diakomihalis still held the lead based on criteria!

Amouzadkhalili grabbed his first lead (9-8) of the contest approximately 1:01 into the 2nd period when he transitioned from a duck into a single-leg to earn a step out (great job by Yianni never surrendering the takedown)...

During the next 120 seconds that followed, the 20-year-old from Iran pulled away striking for a pair TDs with 1:40 and 1:12 on the clock to account for the aforementioned outcome!

Out-scoring his four opponents on Saturday by a margin of 34-0,  even if the final taste of his appearance was sour, as a whole, the past two days have been a savory and confidence-building dish for the current Big Red senior!

The Diakomihalis loss in the 65kg finale dropped the Red, White, and Blue to 0-2 in medal bouts on the day [Seth Gross previously lost his bronze match at 61kg)....But alas, "Captain America", Kyle Snyder, lowered the curtain on a fitting note, as he became the fourth (tied for most all-time in a single WC appearance) U.S. Men's FSer of the week to win gold as he cruised to his third Senior title (6th total medal--3G, 2S, 1B) behind a 6-0 victory over Batyrbek Tsakulov (Slovakia) at 97kg!

Having wrapped it yesterday (the Diakomihalis win in the semis being the clincher), the United States' will fly home with their fourth World Team title in tow to boot....They out-gun Iran, 198-150....Japan (70), Mongolia (68), and Georgia (68) completed the top-5 in the standings

Of the 10 entries, eight Americans advanced to the 'ship, with Kyle Dake (74kg), Jordan Burroughs (79kg), and David Taylor (86kg) joining Snyder on the top step of the podium by notching their fourth, sixth, and second career Senior golds respectively... 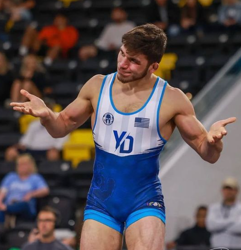 One year after bowing out (5-1 decision loss) at the hands of Tevanyan in the Round of 16 in his Senior World FS Championship debut, Diakomihalis  returned the favor!!!

A very tactical bout from start to finish where neither man was able to establish much in the way of offense, the former 2x Cadet World gold medalist out of the Rochester area [Diakomihalis] carried a 1-0 lead into the break after forcing a shot clock violation with 1:08 remaining in the 1st period...

Staying on the attack and clearly the aggressor, the Empire Stater would again induce a passivity call to be issued to his Armenian foe, as his cushion grew to 2-0 (:40 to go in duration) when Tevanyan was unable to score while on the shot clock...

As the scoreboard dipped below half a minute still to be contested, Tevanyan had his best moment of the showdown, as utilized a tight head-pinch for what would have been an equalizing 2pt score....However, deeming that a choke had been applied, mat officials immediately waved off the sequence...

After going almost the entirety of his opening match without being able to score a takedown, Diakomihalis unleashed the beast in his round of 16 appearance, striking for the first of three TDs just 12 seconds into the 1st period and never looking back as he cruised to a 10-0 technical fall over the 2x Senior World Medalist (runner-up in 2013; Bronze in '15)/2016 Olympic 5th!

In addition to his trifecta of aforementioned takedowns, the NYer added a 2pt gut (after the initial TD) and then closed the show with a 2pt leg-lace (after his final TD) to complete the job in a time of 1:46!!-

In deep on so many shot attempts that he might as well change his legal address to "10 Bajrang Legs Lane" since he lived there all match, the New Yorker punched his ticket to the 65kg semifinals with an emphatic 10-0 technical fall over the 2020 Olympic Bronze medalist/multiple-time Senior World medalist/#2 seed from India...

Carrying a 4-0 lead into the break after registering four step outs during the initial 3:00 of action, the Cornell University Senior further took command during the 2nd period, as he was awarded a 2pt exposure off of a desperation head-pinch attempt by Bajrang :45 into the period, added a point for a lost challenge off of this sequence, and then converted his only TD finish of the match just as the clock dipped below 2:00 to go to increase his cushion to 9-0!

Like a dog on a bone, the Section V standout was merciless and relentless from beginning to conclusion, as he polished off his masterpiece by inducing one final (his fifth overall) step out to earn the superiority triumph in a time of 4:56...

Needing just 53 seconds to take care of business, the NYer would convert a TD less than 20 ticks into the bout and then added a 2pt gut to seize the immediate 4-0 edge...

Moments later, it was rinse and repeat time, as he again finished a single-leg and then transitioned directly into par terre, popping a pair of guts to cement the 10-0 TF victory in the semifinals!!!

HISTORY OF THE DROUGHT 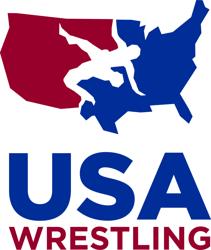 NINE different athletes attempted to snap the streak, and it was Diakomihalis, in his second attempt, that managed to get the job done... 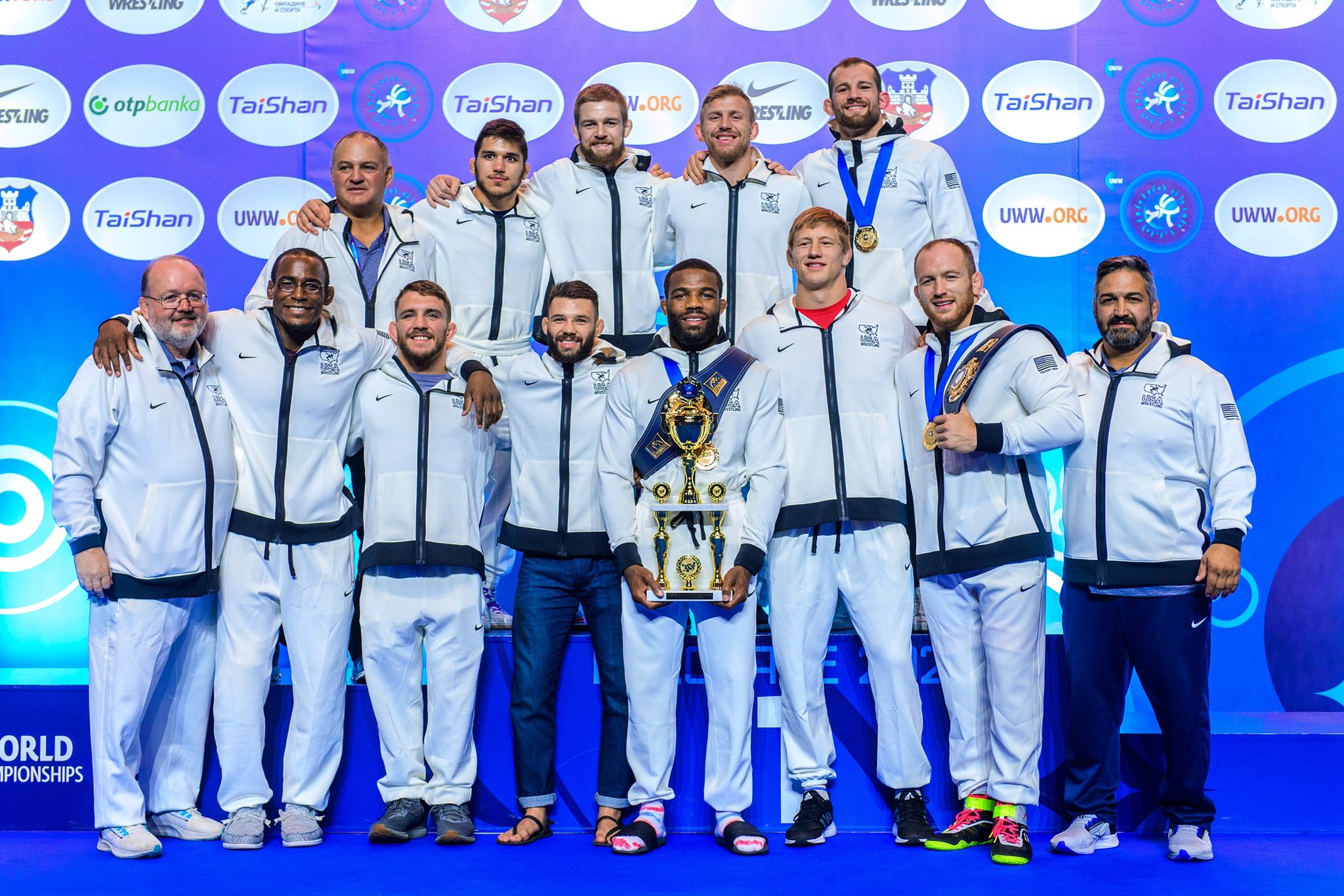 What a collective showing of brilliance  it was for the contingent from the "50 State machine"!!!

Among the three traditional international styles, the Americans achieved the following bullet points during their stay in Serbia:

Recruitment in September...WHY NOT? Ithaca Is The Place To Be!