The GFC is held annually in October and has established itself as one of the  premiere national wrestling events. This year's Grappler Fall Classic will be streamed on the FloWrestling platform.

The GFC enters its 13th year with a ton of momentum coming off a monstrous event last year that featured over 1700 competitors from 31 different states.

FloWrestling will stream every bout on every mat all weekend long including  the featured Elite Division Finals on Sunday, starting at 1:00pm.

Some of today's biggest wrestling stars like Gable Steveson, Myles Amine, Mark Hall, Alex Facundo, Alec Pantaleo, Alex Marinelli and more have competed at the GFC.  Be sure to tune in live October 1st and 2nd to see the next generation of wrestling icons GET SOME at the GFC!

The Cat Is Back - This Time For A Title 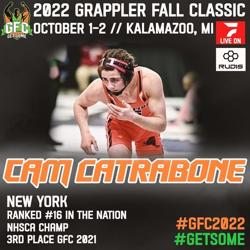 At last year's Grappler Fall Classic, Williamsville North now-Junior Cameron Catrabone came in riding high after an immaculate off-season. The NHSCA National Champion would go 6-1 over the course of the two day event, finishing in third place in the 135lb bracket. Although many would exclaim exuberance after that solid finish, Cam knew he was on the cusp of making himself a national household name. Fargo National Champion Nasir Bailey of Illinois gave Cam his lone defeat of the tournament, a 4-2 semi-final loss.

The Cat is not shy when it comes to scoring points. He accumulated 61 points in his seven bouts as opposed to giving up only 10. That Mantra has carried over into making CC one of the most prolifant scorers in the state of New York. The University of Michigan commit is back and this time, anything less than gold will not be acceptable. Cam comes in as the top seed at 140lbs and is the heavy favorite going in. Ohio's David McClelland is the #2 seed and packs a ton of accolades including winning the GFC back in 2019, 2x NHSCA Runner-Up and 2022 Ohio State Champion. McClelland is currently ranked #20 in the nation by MatScouts. Cam defeated McClelland at last weekend's Elite 8 Duals, 12-0.

Little brother Tanner will be making his return to the Grappler Fall Classic. Little Cat claimed the 75lb title last season behind four pins and a major decision. This time around, Tanner is up 10lbs and plans to repeat as Middle School Champion.

"There is a little pressure on repeating as champion, I am looking forward to a rematch with Chittum as well." - Tanner Catrabone

Tennessee's Ace Chittum does hold a 6-4 narrow victory over the defending champion, Catrabone, with that match taking place at the Vac Duals in Virginia Beach. 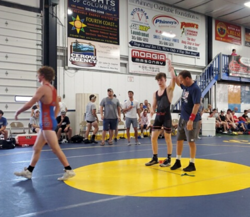 St. Joe's Nik Massaro with the victory @ The 1000 Islands Duals

Last season, Nik Massaro dawned the Blue and White of Grand Island. This season, Massaro's new attire will be the Maroon and White of St. Joe's Collegiate. Nik would finish third in the Section 6 state qualifier last season. He now turns his sights on dawning the Red and Black CHSAA singlet in Albany, and joining now teammate Austin Zimmerman as he aims for his second title.

Both competitors will be heading to Michigan this weekend at 112lbs (Zimmerman) and 130lbs (Massaro) respectively. In their inaugural GFC experience, podium finishes are expected from the Marauder lightweights.

Nik has trained with Austin this entire off-season and the dividends will pay off in the long run.

"I've been training with Austin a lot. I've never wrestled someone with his style, so it is great practice for when I do wrestle someone with that similar style." - Nik Massaro 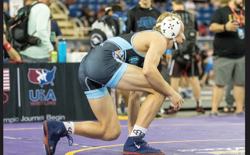 Both Nik and Austin hit the training regiment head on, a rigorous feat that consists of weekly stops at UB Wrestling Club, with Team Niagara in Niagara Falls, early morning sessions at St. Joe's before school and Kellen Devlin's Club, KD6.

To prove how much they both love competing, they not only entered the High School Division this weekend, they also entered the Elite Division. Austin eluded to why he choose to attend GFC this year.

"While I was at Fargo, one tournament that kept being brought up was GFC. I did some research and it looks like a very tough and competitive tournament." - Austin Zimmerman

Spoken like a true champion and the will to seek out the best competition will truly pay off once the season begins in less than two months. Without question, Nik and Austin are favorites to win CHSAA title this upcoming season for the Marauders.

Nik's little brother, Zakary, is registered in the middle school division at 110lbs, joining Tanner Catrabone as New York's lone Middle School Division participants. Zak has picked up solid, positive habits from his older counterparts. He is constantly training for major tournaments like the GFC. At only 12 years of age, the younger Massaro brother has made pit stops at Purler, Young Guns, American Top Team with Steve Mocco and has competing this off-season at the West Penn Duals, Nickel City Duals, Battle in the Burgh and The 1000 Islands Duals. 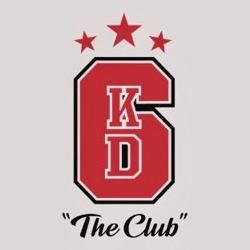 Austin, Nik, and Zakary join the Catrabone brothers in representing KD6 The Club, headed by New York/Section 6 Great Kellen Devlin. Devlin has done a phenomenal job in Western New York. He has catapulted that portion of the state into household names. "The Club" will be well represented this weekend to say the least.

Glens Falls' Berg is taking his one shot at the GFC 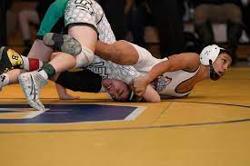 Senior lightweight Avi Berg, representing the Journeymen Wrestling Club, will be competing at 119lbs this weekend. Avi packs a powerful punch and knows how to win the close ones. He brings a multitude of close match experience that could benefit him the further he gets into the bracket.