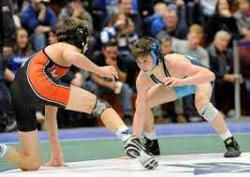 Mason Bush has been a staple in Central Valley Academy lineup since he was in 7th grade. During his tenure, Mason eclipsed over 240 career wins, winning over 50 matches each year from grades 9-11. In his four trips to the Times Union Center he made the podium each of the four appearances finishing 4th, 3rd, 3rd, 5th respectively.

Mason's contributions towards the team itself was an integral part of their success. He was constantly providing bonus points in the most crucial situations. The Thunder were consistently ranked in the top 10 in NYS. In 2019, Central Valley made the Division 2 NYS Dual Meet Finals, losing to Section 11's Mt. Sinai 37-34. In that DMT, Mason has four pins in four matches, all in the first period.

Mason capped his career ranked #10 in NYWN's Class of 2021 rankings. He will easily go down as one of the most decorated wrestlers in CVA history. 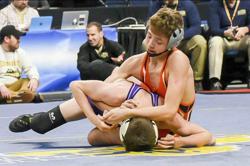 I'll be honest when I used to hear Newfane, Ryan Needle instantly comes to mind. He was a force in Section 6 for as long as I can remember. Some twenty years later, enter Andrew Lucinski, also from Newfane. I'll never forget Ryan relentless and aggressive pursuit but now when I hear Newfane I think of Andy's methodical and stealth like approach.

Andrew's legacy will forever be remembered. He has had two epic NYS Finals battles with West Virginia Commit Jace Schafer. He placed 6th in NYS as a freshman. Impressively in his career, Andrew won a total of 18 individual tournaments during his time with the Panthers, with 7 runner-up finishes. That is a total in 25 final appearances. That puts me at a loss for words and deserves to be noted.

Andrew fits the mold at the University of Buffalo and will succeed without a shred of doubt. He finished ranked #19 in NYWN's Class of 2021 Rankings.

Kaleb Burgess capped off his career in style for the Pal-Mac Red Raiders. He finished runner-up at the Journeymen/RUDIS NYS tournament losing 3-2 to Freshman Phenom Zack Ryder. One month later at Virginia Beach Nationals he claim a fifth place finish going 7-2 overall. Notably, he defeated NYS Champion Marek Bush of Central Valley via fall in the first period in the 5th place match. Recently, he qualified for the Freestyle NYS National Team by finishing third at the Freestyle/Greco NYS Championships. 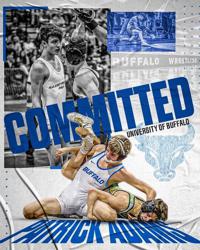 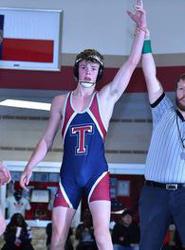 Cole just wrapped up his career for Tompkins HS in Katy, Texas. He won over 100 matches during his tenure. He is a 2x State Qualifier and 3x regional Qualifier, winning one championship. Minnick finished 5th at states as a senior and he holds the school record for wins at Tompkins.

Cole started out wrestling in New Jersey before moving to Katy before this freshman season. 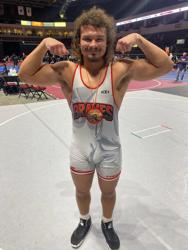 Gilbert Marquez is heading east from the Pacific Northwest. He had a phenomenal career wrestling at Kamaikin HS in Kennewick, Washington. Marquez was 3x Washington State Qualifier, placing 3rd as a Junior. Gibby also dabbled in some Freestyle and Greco action as well. He placed 3rd in Washington Freestyle States and was a runner-up in Greco.

Eli Sherren competed at Klein HS in Texas. Buffalo lands their second recruit from the Lone Star State. Sherren compiled an impressive 190-17 career record in his 4 years with the Bearkats.

He was a 4x Texas State qualifier and 3x state placer. Eli won back to back State Titles as a junior and senior, while finishing 4th as a sophomore.