YIANNI IS A BAD MAN! 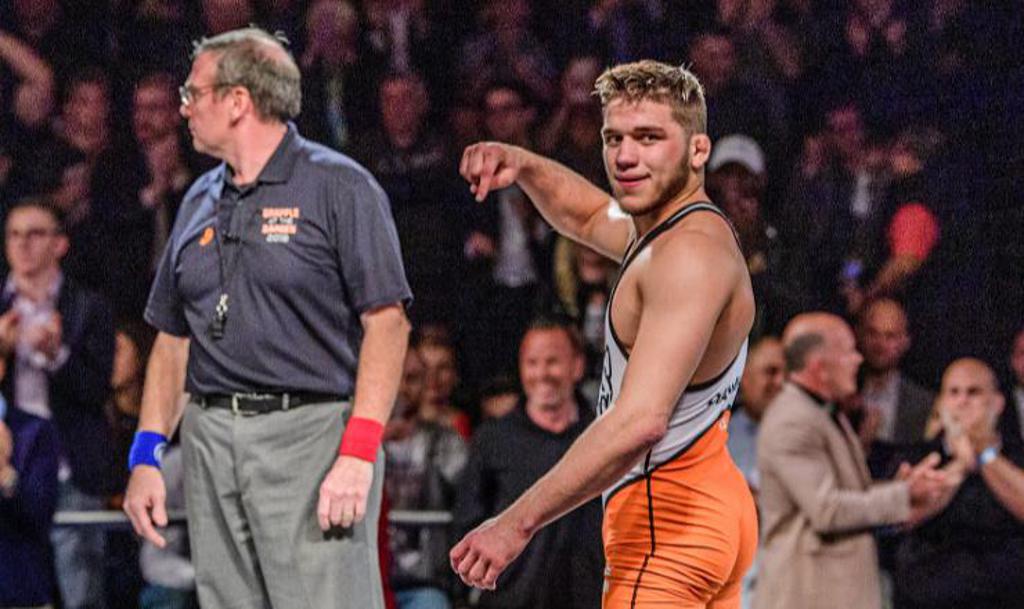 Yianni would strike first to take a 2-0 lead early in the first. Punia would tie it up befor ethe first period would end at 2. Onto the second and the fans were in for a treat. With the crowd chanting in unison "Let's go Yianni", the Rochester, NY native and Indian superstar would go back forth with a flurry of takedowns and exposures.

There were two occasions were it looked as if Yianni was close to locking up a cradle which would have sent the Hulu Theater into an uproar. Punia wouldn't stop attacking and after trading 2's, Punia was  in position to score some points with a turk.

5x NYS Champion Adam Busiello (Eastport-South Manor) would drop his match against NJ State Champion and Rutgers commit JoJo Aragona via fall in the second bout of the night. A major highlight of the bout was a  blast double by Aragona that ended with Busiello landing off the platform. Unable to rebound, Busiello night ended with a pancake finish by JoJo.

In a battle of NCAA All-Americans, Oklahoma State's Nick Piccinnini, a NY native of Ward Melville, and Virginia's Jack Mueller squared off in bout #3. Mueller's freestyle expertise was too much for the 4x NYS champion as 10-0 would be the final score.

NY Native and 2x NYS Champion Nick Gwiazdowski handled 2019 NCAA Runner-Up Oklahoma State's Derek White. Gwiz's proved to be too much right from the first whistle as White hit a beautiful pass by and Gwiz recovered well and end up scoring the 2. Gwiz would cruise from there and end with a 9-0 victory.

The main event of the evening pitted 2x NCAA Champion and Olympic gold medalist Jordan Burroughs against 2x NCAA Champion Ben Askren. The hype and anticipation would end very quickly as Burroughs put on a clinic and prevented Askren from getting any type of offense going. Early into the second, JB would hit a low single thus ending the barrage of takedowns and winning 11-0.

Below is a link of the entire card and results.